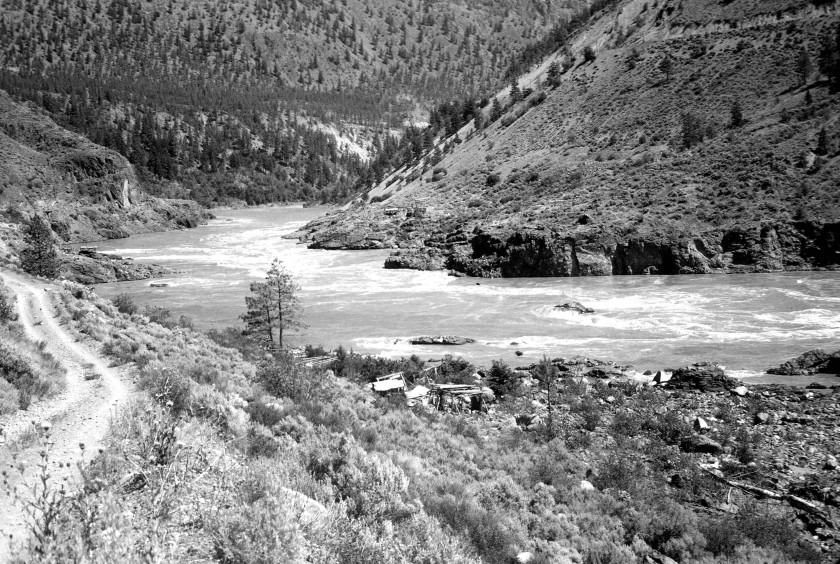 Gold on the Fraser River is considered to be derived from a multitude of sources including local hardrock sources as well as gold redistributed and reworked by the numerous glacial events.

The Fraser River Gold Rush started in 1857-1858 but the placer mining of the river’s benches and bars continued until the early years of the 20th century. Mining methods varied from the crude rocker and sluice box of informal miners to the more sophisticated hydraulic mining and dredging carried out by established companies.

No gold production was reported on the Fraser River before 1874 even though gold was first discovered in 1858. In the 1874 to 1945 interval Fraser River placers produced 93,868 ounces of gold. 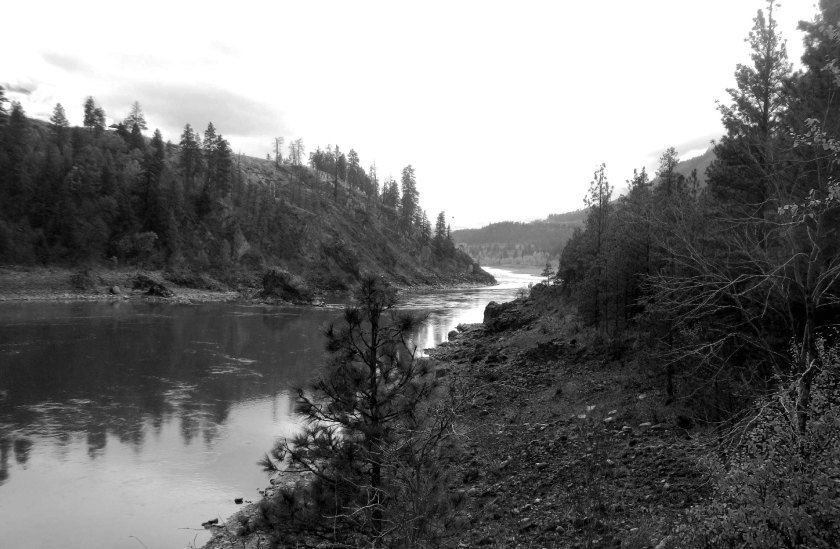 The Van Winkle Hydraulic Gold Mining Company held leases on the west bank of the Fraser three kilometres above Lytton. Coarse gold was found in the gravels of the benches 110 and 397 feet above the high-water mark, 800 feet wide and extending for two miles along the shore.

A ditch was constructed some 4 miles in length and they put in 3,000 feet of 22-inch steel pipe, which gives them 375 feet head of water. One eight-inch monitor was built, with a second one in progress. When the present hydraulic apparatus is working, it is estimated that 2,500 yards can be easily worked in a day. 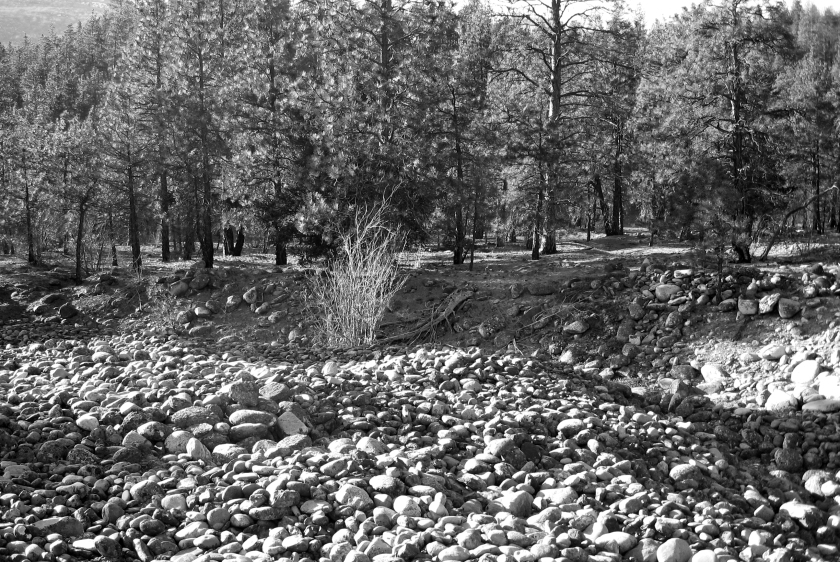 In 1900, a bucket dredge was built and tested in Lytton and was used successfully dredging the gravels of Van Winkle Bar. By 1903, the original dredge had sunk snd needed to be rebuilt. Although used quite successfully once again, continuous breakdowns caused the dredge to be dismantled by 1904.

Although heavily hydraulicked, this area still has benches worth exploring which were not previously mined. 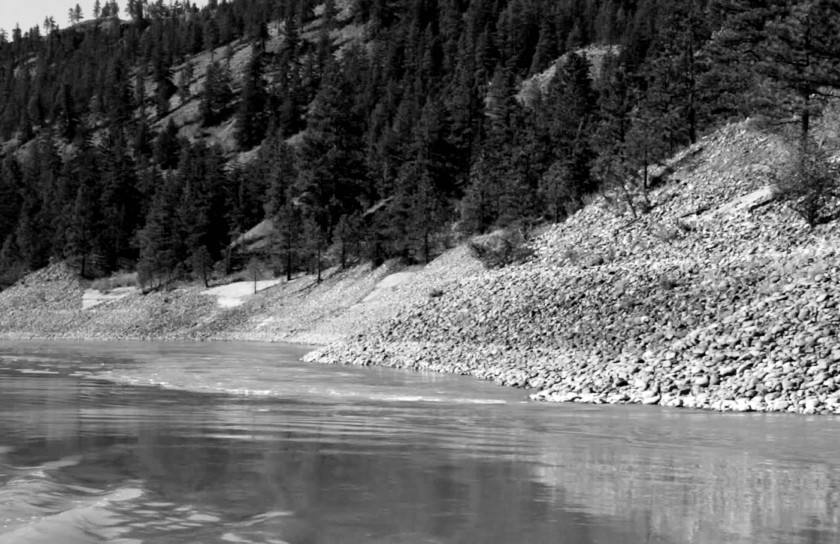 Browning’s Flat is located on the west side of the Fraser River approximately midway between Lytton and Lillooet and is accessible only by boat. It extends for more than a kilometre on a series of terraces above the river and consists of a series of large and small mining features, artifacts, and a camp occupied by Chinese miners.

The remains of a possible dugout structure also exists near the terrace edge, lined with cobbles in a u-shaped pattern. Further north are the remains of one or more dendritic mines, a series of long linear cuts into gold-bearing deposits that join together in a central drain. The drains here are known as “bedrock drains” because miners had to cut through bedrock to create a channel to the river for their tailings. 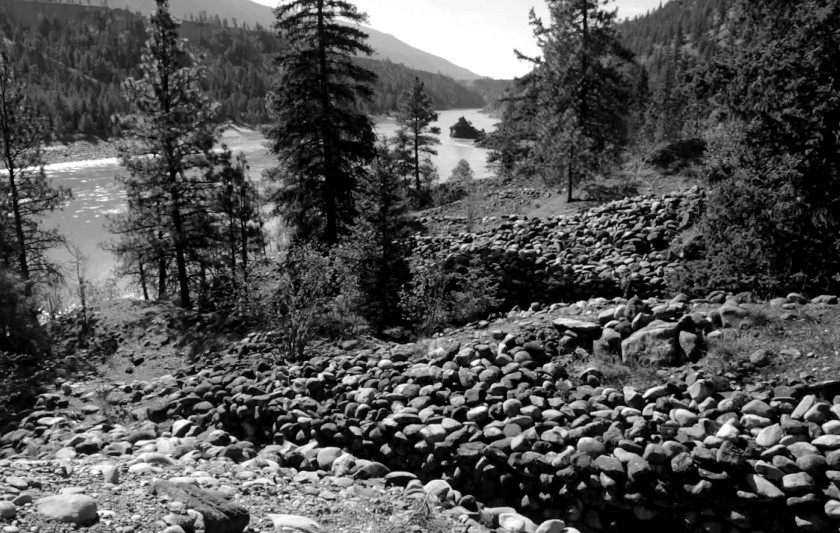 A dozen or more sludge chutes comprised of linear piles of vertically stacked tailings cobbles with deep channels between them to allow waste water and sediment from mining activity to flow downslope to the river. Chinese porcelain tableware and stoneware food containers, along with remains of metal food cans and glass beverage containers are scattered throughout the area.

The remains of a possible First Nations camp confirms the long-term use of this location along the river over thousands of years by multiple groups, and, because they pre-date 1846, grant automatic protection for Browning’s Flat under the B.C. Heritage Conservation Act.

Mormon Bar is located on the “west” side of the river 10 kilometres north of Lillooet just outside of the Bridge River reserve and is easily accessible by vehicle. There are several parallel rows of linear placer tailings, a low pile of fine tailings that could be from a rocker and a boulder undercut by removal of underlying sediment. The entire terrace is largely devoid of fine sediment, consisting largely of cobbles and boulders left behind following mining activity.

Further upstream are two structures located side by side with entrances facing the river, one built of cobbles and the other a log cabin. A dump in front of the cobble structure contains cans for things like meat, sardines, condensed milk, and tobacco, while the dump fronting the cabin contains similar cans but also fragments of beverage bottles and ceramic tableware. Dates from the bottles suggests that at least some of this material was discarded as late as the 1940’s.

Foster’s Bar is located on the east side of the river approximately 2.5km north of Browning’s Flat and is accessible by vehicle. It is large in horizontal extent and contains some historic placer mining features, but has been subject to intermittent mining activity up to the present and much of the heritage landscape has been disturbed.

A test pit was dug on ‘Foster Bar’ in the Fraser River in 1973. The pit was 2.7 metres deep, 1.8 metres long and 0.9 metre wide from which a total of 4.6 cubic metres were removed. The gravel was concentrated by the use of a sluice box. All the concentrates washed from the blanket were washed out into a round bathtub and were hand panned. The 4.6 cubic metre sample yielded 163 grams gold; there was one 54-gram nugget and another one about 37 grams.