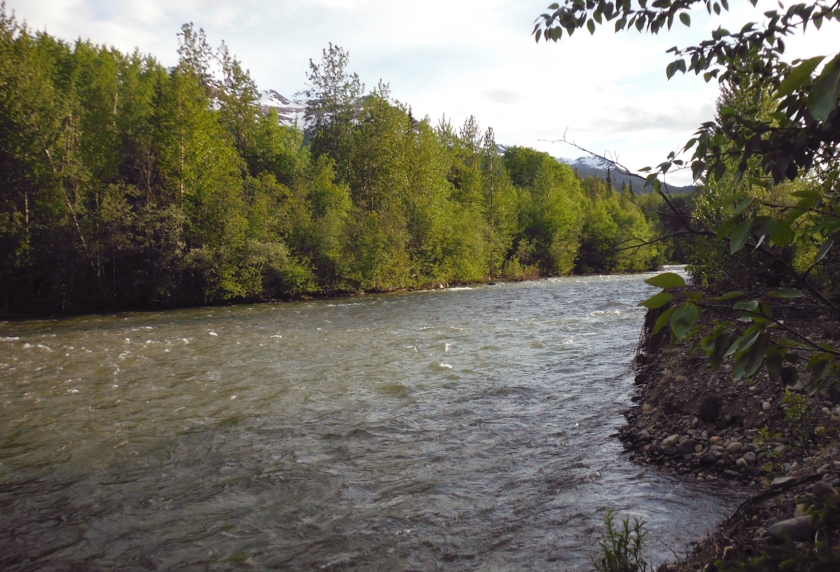 McDame Creek was the third most important mining area in the Cassiar. After 1874, it’s total yield surpassed that of any other creek, and the largest nugget unearthed in British Columbia to date was found on McDame. On the Discovery Company’s Claim near Centreville, Alfred Freeman uncovered a 73 ounce nugget.

McDame Creek was discovered in the summer of 1874 by a colored miner named Henry McDame. McDame and several other men formed the Charity Company and staked discovery claims on McDame Creek, whipsawed lumber, and carried it on their backs over a mile to their claims, constructing 400 feet of wingdam, a series of sluices, and began washing gravels. In thirty days, they washed approximately 28 ounces of gold. Fifty other miners who followed them did about as well. 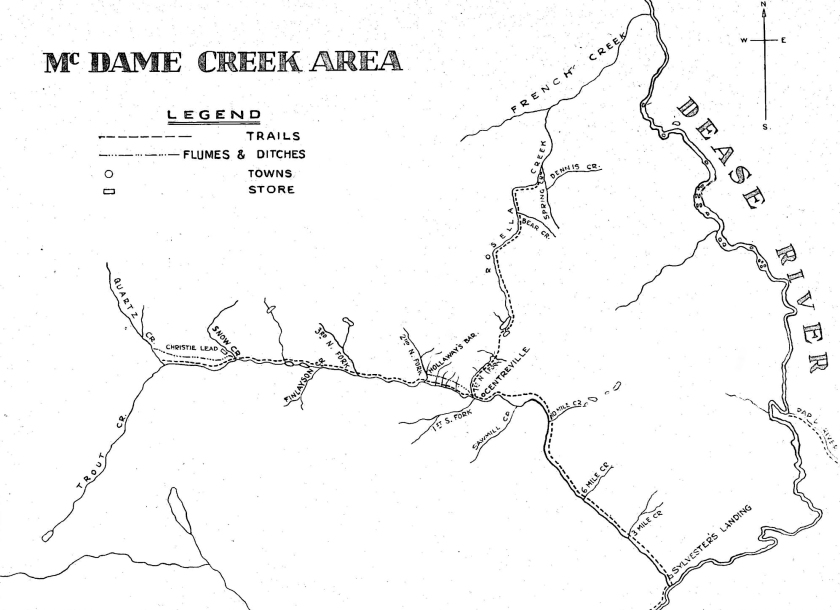 McDame Creek flows from the west into Dease River about 90 miles below Dease Lake. It flows down a broad valley with extensive flats on both sides and numerous small tributaries. The boulders in McDame Creek are composed of quarzite, limestone, volcanic breccia and granite. The gold was noted to be most abundant in the bottom 1.2 metres of gravel, which occurs as 6 metre thick lenses on top of sand. The total depth of material exceeds 30 metres. The creek is thirty miles long and can be navigated by boat for twenty miles. Centreville was situated at the Second North Fork of McDame Creek, about fifteen miles from it’s mouth.