Olivine Creek, formerly known as Slate Creek, is about 7 miles long. The upper portion is in a fairly deep, flaring valley, but near it’s mouth it runs through a short canyon and enters the Tulameen River over a series of falls. 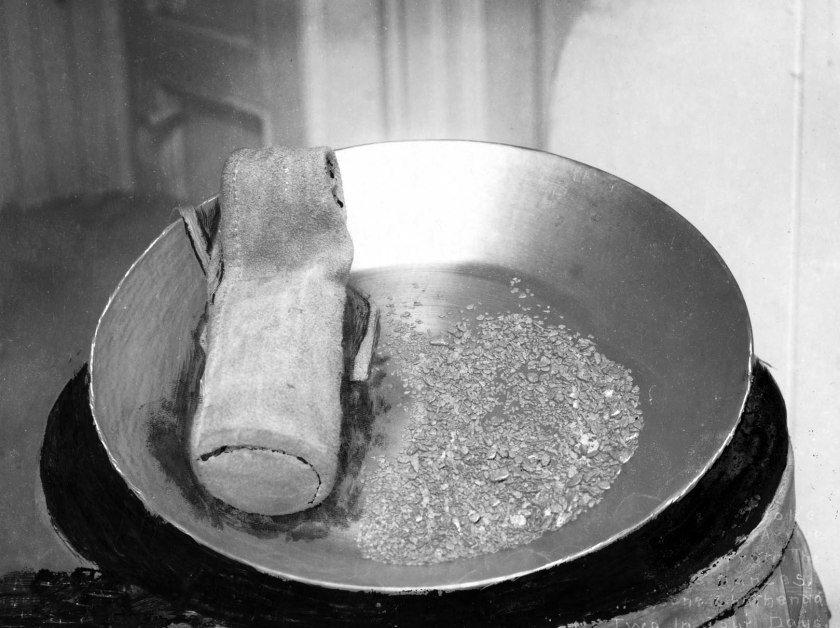 Considerable amounts of gold were taken from this creek in the early years, the most productive part from the valley above the canyon. Recent attempts were made to hydraulic the gravels at the mouth of the creek with little success. In 1926, an exploration was made of the old channels both above and below the falls. In 1931, through numerous other difficulties, the main was flooded out and blocked. One tunnel excavated above the falls was 670 metres long. A shaft sunk from this tunnel is reported to have intersected gold and platinum-bearing gravels containing boulders of pyroxenite, peridotite and dunite. A new tunnel was started the following year, but it too was met with difficulties and the project was abandoned.

The more extensive gravel deposits are found in the broader parts of the valley above the falls. In one section, the gravels are 1.8 to 2.4 metres deep and thicken downstream. Since the gravel deposits are small, the creek was fairly well worked out in the early part of it’s history. However, small parties of prospectors have since been quite successful in cleaning out areas of bedrock that were missed by the old timers.

A large amount of coarse gold and platinum were recovered from the creek’s gravels, mostly from the valley above the canyon. One gold nugget found in 1886 weighed 393 grams.

The gold platinum ratio was found to be…ranging from 4:1 in the lower Tulameen Valley to 1:1 in the valley of Olivine Creek.