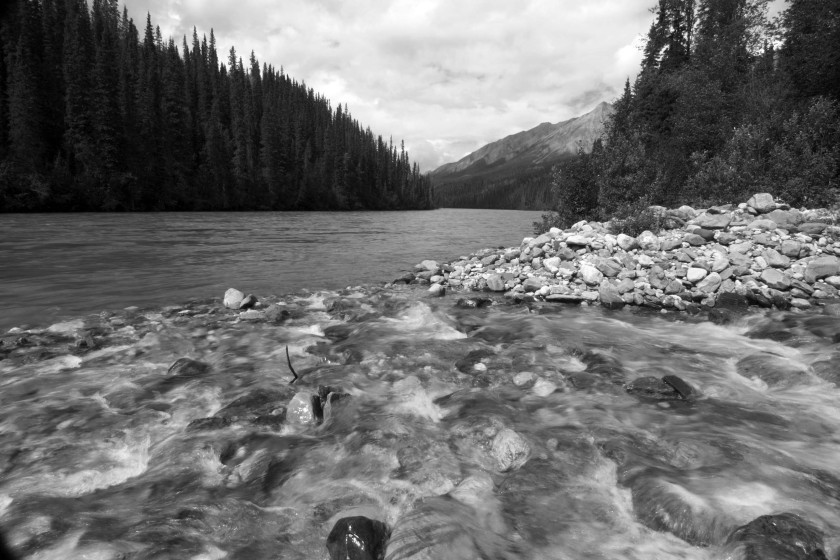 On the south-western tip of Canada’s North-west Territories, near the borders of the Yukon and British Columbia, lies a land that has given birth to a host of tales of mystery and murder. It is a land of superstition, where evil spirits are said to exist, and where a band of pigmy headhunters, led by a white woman, terrorize the rugged country.

It is said a semi-tropical valley exists in this sub-Arctic country, where lost gold mines tantalize the dreamer and the adventurer.

In 1908, brothers Willie and Frank McLeod embarked on a mission into the Nahanni Valley in search of gold. They never returned. Two years later, the bodies of the McLeod brothers were found on the banks of the Nahanni River. The two men were murdered, decapitated, and left on the side of the river. The remains of the two men were found in some spruce brush about 90 miles up the Nahanni River from its junction with the Liard River on July 24, l908. The skeletons were found by a party of five prospectors (headed by two brothers of the missing men) and one of the brothers, Charlie McLeod, noted that some hair found near the scene was similar to that of his brother, Willie.

They also found a gold watch with the initials “J.H.” marked on the inside of the case, a bone-handled pocket knife, a heavy silver chain, a ring, two 40-40 rifle shells, an ax, a 3 l/2-point Hudson’s Bay blanket and a fancy Indian rug. All the clothing apparently had been burned. The search party also found two sets of arm bones, two pairs of feet and one lower jaw.

Nine years after the McLeod brothers were found, Martin Jorgenson set off into the Nahanni Valley on a quest for gold. Soon after Jorgenson sent out letters claiming he had struck gold, his cabin was mysteriously burned to the ground. The remains of his body were found among the ashes. Just like the McLeod brothers, Jorgenson’s body was found without a head. In 1945, a miner from Ontario met with the same exact fate. His body was found headless in his sleeping bag.

Another McLeod brother living in Ashmont, Alberta claimed that his brothers, Willie and Frank, had been murdered by the third man in the party, Robert Weir. Weir had disappeared from the valley, and was reputed to have had $16,000 in raw gold.

Virginia Falls On The Nahanni

The truth behind these “Headless Tales” may never be known, but we do know it is only the beginning of many mysterious and haunting stories surrounding the Nahanni Valley.

The stories of pigmy headhunters are pure fantasy, although Hudon’s Bay explorer Robert Campbell reported in the mid-1800’s that the Nahanni Indians were led by a woman who was remarkable for her intelligence and leadership qualities. She was a Nahanni Indian woman, not white, and was instrumental in saving the lives of Campbell and his men at least once. The Nahanni Indians are far from being “pigmies” and were never headhunters. There is no “tropical valley”—although there are hot mineral springs that never freeze, even during the coldest weather.

As for the lost gold mine, in the Headless Valley, only time will tell.