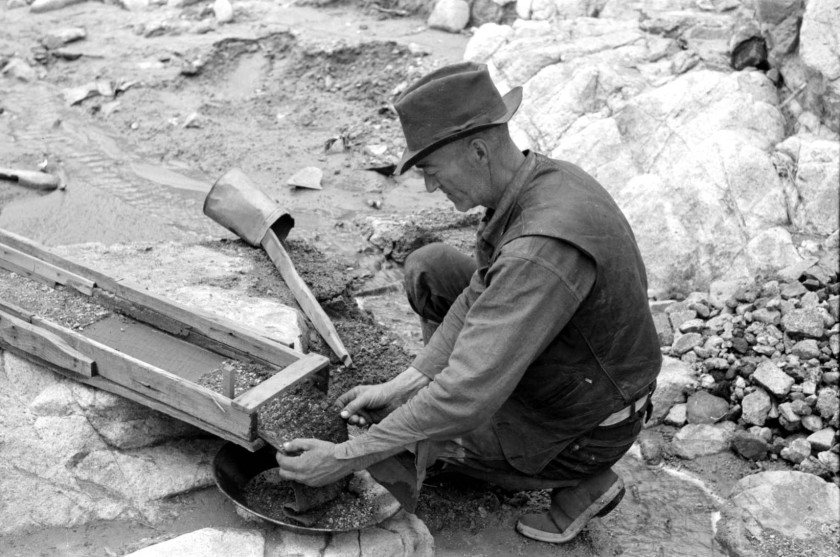 In general, flat bar riffles at virtually any slope failed to generate efficient concentration vortexes and seemed to operate basically as dams to interrupt and slow the water flow just enough so that the normal gravity settling characteristics of the various particles came into play. As a result capture of heavy materials was primarily based upon gravity so retention of fine gold is very poor.

However, this type of riffle can be very closely spaced to improve performance and the 3.5-inch spacing found on most production riffle sets can be reduced to 2-inches or even less. The performance improvement on closer spaced bars is significant but still not enough to actually warrant anybody using these riffles in a modern sluice unless you’re running a wham-bam operation wanting to run the maximum amount of material in the least amount of time.

Flat bars at more upright slopes perform better with respect to vortex creation. In other words bars sloped 30-degrees from the vertical performed better than bars sloped at 45-degrees. Even though they are thought to create more turbulence, they actually create less and they also create more of a back pressure wave which we is vitally important.

The big advantage of these riffles is that they don’t get loaded up even at high feed rates. 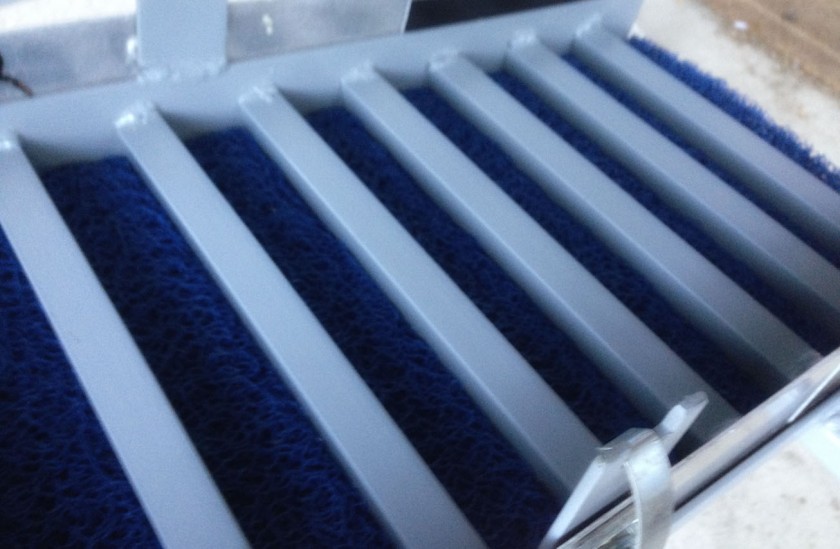 The vertical types of Angle Iron (or aluminum angle sections) do not seem to perform much better than the sloped flat bar riffles, even though the upper horizontal lip supposedly aids in vortex creation. The horizontal lip helps to a point, but not nearly as much as ecpected. Basically the lip simply increases the length of the vortex in comparison to a sloped flat bar riffle but not the height or intensity of the concentration vortex.

From a performance standpoint, the compound Hungarian Riffles supposedly combine the best features of all riffle types. In reality the increased efficiency is very slight. Rather than a fairly aggressive vortex creation, it has only a minor improvement over the vertical angle type riffle. 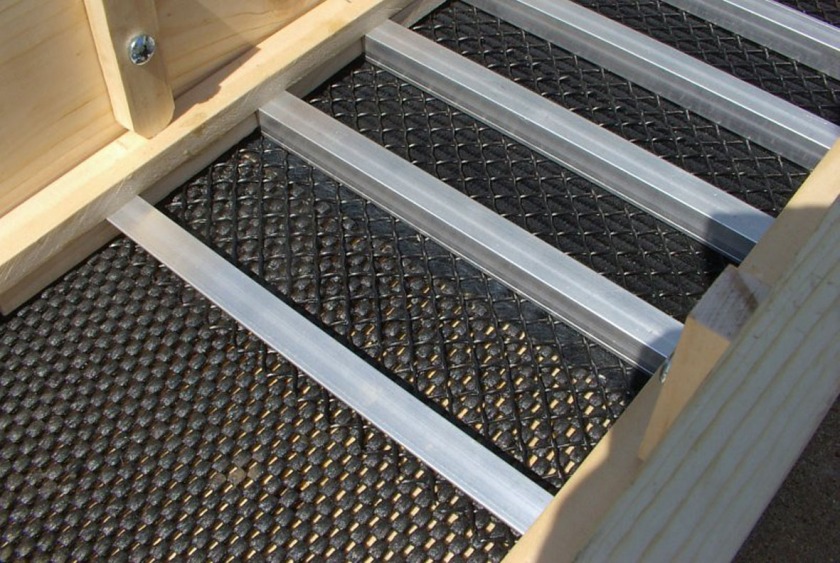 Even at very low flow velocities this style riffle builds up a very large concentration vortex that is not only long but also very high and extremely aggressive in action.

The big drawback is that this riffle will not function properly with larger gravels at very low flow velocity and packs up very fast with anything much larger than number 8-mesh materials if the water volume is on the low side. This riffle style needs a lot of fast moving water and a steep slope to perform well. If there is a fault it is that this riffle is too effective and captures virtually everything, so it is very sensitive to how and what is being fed down the chute.

At low flows it appears that the space between the riffles gets filled with the larger gravel particles, but if you watch what is happening this doesn’t seem to effect the operation of the riffles and lighter materials will still keep getting ejected back up into the laminar flow and the heavier particles are driven towards the bottom of the sluice by the centrifugal force of the vortex.

This design behaves very differently than all other riffle styles, in that there are two different components that come into play, while other riffles typically have only a single component to their functioning. Pebbles are actually pushed ‘backwards’, essentially moving upstream behind the riffles. There is a very significant backwash or high-pressure area created very low on the upstream side of the riffles. No other types of riffles exhibit this trait.

This very low laying, backwards moving, high pressure wave is what contributes significantly to the creation of the rather large concentration vortex on the downstream side of these riffles. In fact it may be the ‘secret’ to effective vortex creation.

The problem with this particular style of riffle is that it is extremely sensitive with respect to flow velocity and material composition so it is not necessarily a very good design for a ‘general purpose’ sluice box. If the flow and slope are set up properly, these riffles work like gangbusters, but if anything is even slightly ‘off’ they only function about as well as conventional riffles.

It becomes apparent that water flow velocity is far more important than water volume with respect to proper riffle function and recovery of any heavy materials, including very fine gold. This is contrary to what many of us have been taught, which is to keep the flow relatively deep and slow to prevent washing or scouring away the fines. Even a low water volume driven at a relatively high velocity is more effective than a high volume driven at a slower velocity.

This fact has been recognized by many other prospectors, and they have been resorting to narrowing their sluices by clamping sections of 2×4’s onto the interior sides to increase velocity in the flume. Some started building 6-inch wide sluices that perform several times more efficiently than the wider production models they used to use.

The minimum flow velocity has to be greater than 4 feet per second regardless of the riffle type being used. This threshold velocity is relatively easy to achieve with narrow  sluices, but almost impossible to reach using the popular 10inch wide sluices.

As you increase flow velocity you can also increase material feed rates and be far more productive, but you have to be cautious as excess gravel feed introduced into the flow can significantly reduce overall flow velocity and overload the riffles.

The overall height of any riffle should ideally be 3-times the maximum dimension of any material feed to the sluice and slightly less is to be preferred if possible from a fabrication standpoint. A ratio of 2.5:1 is perhaps ‘perfect’. In other words, if you’re feeding the sluice 1/4” gravels the maximum riffle height should be 3/4” or less as an example. The ‘perfect’ height for 1/4” gravels would be 5/8” but this riffle height would be a custom fabrication. Almost all  ‘mass-produced’ riffles are far too high for material screened down to a number 4 mesh but performed fairly well with 1/2” gravels, but the high flows required to efficiently run 1/2” materials really wiped out the recovery of the smaller heavies.