The race for gold at the Wild Horse River in British Columbia began in 1863 by American prospectors. The discovery of huge amounts of loose placer gold resulted in the emergence of western frontier gold towns Fisherville and Fort Steele. Before the 1930s, over 1.5 million ounces of placer gold was reported to have been discovered.

The river was originally known as Stud Horse Creek. The Wild Horse River yielded close to $7,000,000 in gold during the gold rush. The river is considered to be one of the greatest gold creeks in the entire province of British Columbia. A miner named Mike Reynolds who mined the river in the 1860s recovered a 36-ounce gold nugget. This was the largest nugget recovered from the river. The river was mined with many methods including hydraulics, tunnels, and shafts. During the Gold Rush this river went through two eras of great activity. The first era was from 1863 to 1868 and the second was from 1885 to 1900. The river was worked by both European and Chinese miners. 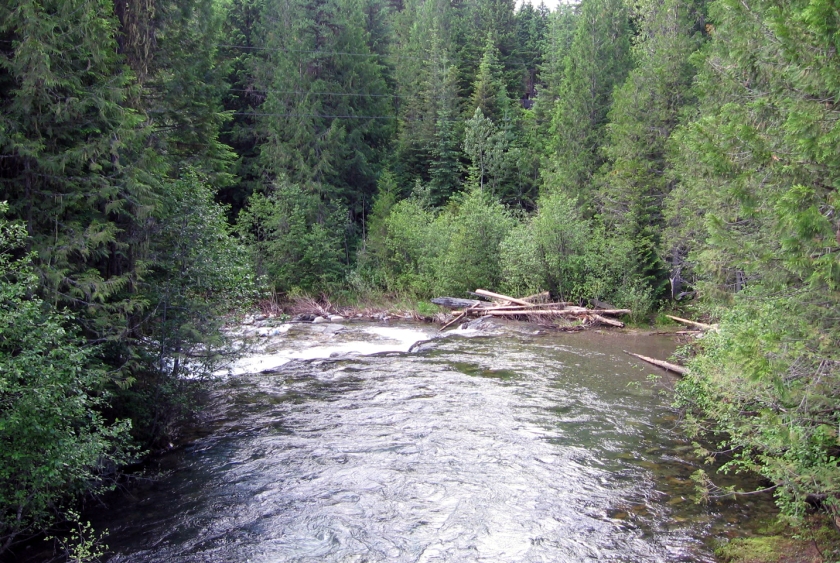 Despite the obvious presence of high-grade gold in the Wild Horse River, mining companies have yet to find the motherlode—the source of the placer gold—until now.

Following this theory, prospectors explored the area upstream where Boulder Creek meets the Wild Horse River. Without modern technology, a handful of high-grade gold adits was discovered, but the natural waves of the gold market halted any substantial development.

Modern exploration methods have allowed American Creek’s team of geologists to continue the exploration process. The results are encouraging. “They are still finding gold, and it’s coming from somewhere,” Blaney said of the placer gold mining operations in the Wild Horse River. That, along with American Creek’s mapping and geophysical surveying, leads the company to believe that it has found the rumoured motherlode.

Plus, while organizing previous prospecting information from the property, Blaney and his team literally “stumbled upon” three new gold veins. “We weren’t even trying to find these ones,” he said. Promising samples proved the high-grade gold veins. One of these new veins is 150 metres away from the historic veins. “If that’s a continuation, it significantly expands the potential size of the gold veins on the property,” said Blaney.

While American Creek is still in the exploration stages of Gold Hill, its findings thus far are encouraging. If Gold Hill is the motherlode gold source for Wild Horse Creek, “it would be substantial for the area,” Blaney said. “It would mean another mine going into production.” The potential mine would follow the high-grade gold veins underground, requiring minimal infrastructure and a lesser environmental footprint than open pit mines. The communities of southeastern British Columbia would benefit from the resulting jobs and economic development. “It would fit in well with the existing placer operations going on there,” Blaney said.

While American Creek is still exploring Gold Hill, the ease of recent discoveries and the location of the property upstream from Wild Horse River’s major placer gold deposits leads the company to believe that this is the gold motherlode British Columbia has been waiting for.